Early Saturday morning, Western’s Mountain Bike team travelled to Grand Junction for the Maverick Mountain Bike Championships. Arriving as the sun was rising, the team got a head start on registration. Registration took longer than expected, so the team couldn’t warm up as much as they would’ve liked before the start of the Men’s A Cross Country event. 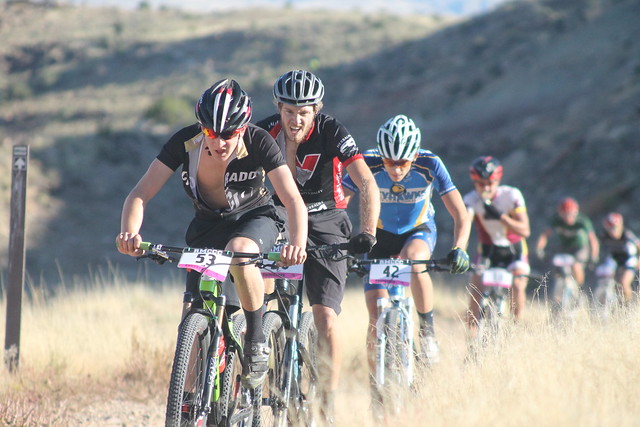 As the sun got higher in the sky and the temperatures rose, the cross country team rode through five strenuous 4.3 mile laps. The technical course included tight squeezes around rocks and across exposed ridge lines. The Downhill team arrived well into the race, and cheered on the Cross Country bikers as they finished the grueling race. 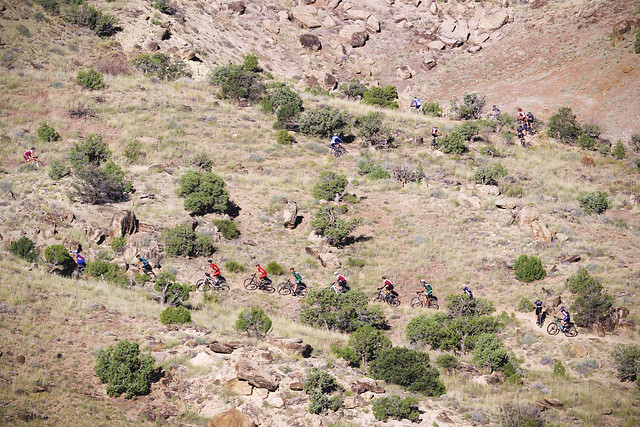 Western representing in the pack in the Men’s A Race

The Downhill racers were shuttled almost up to the start of their course for practice runs before lunch, but only had time for one practice run. The start of the Downhill course required more of hike to the top than most conference races. The gravity riders were surprised by the unusual amount of uphill in their Downhill course, but Western’s athletes did well despite the demanding course. Banks Kriz finished first in Men’s B, his first win of the season. 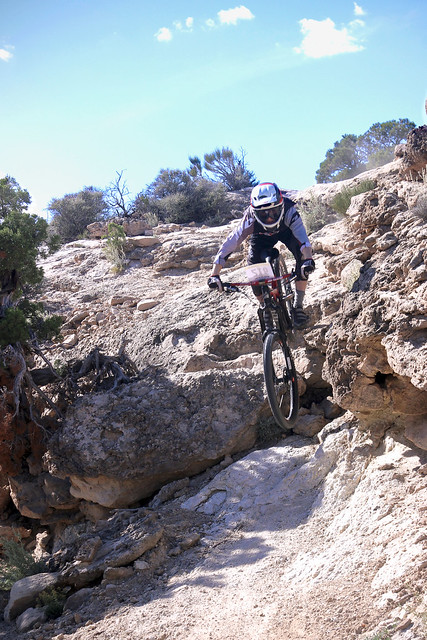 Banks Kriz takes a drop on the way to victory

Later that afternoon, the Downhill Team returned to Western and the Cross Country Team camped that night in Fruita. The Cross Country athletes had the short track cross country race early the next morning. The race was on Colorado Mesa University’s campus and provided urban aspects to the race. stairs, sand volleyball courts, and tight corners were some of the features on the course. Arriving on campus to warm up, the team was met by rain and extreme wind gusts. The wet pavement was slick throughout Men’s B and Women’s A, but cleared up for the Men’s A race. 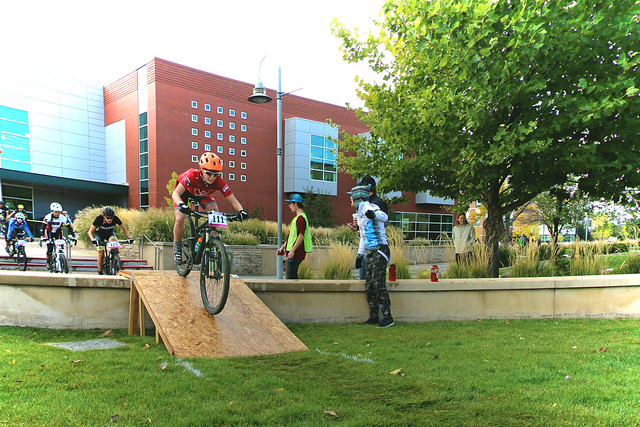 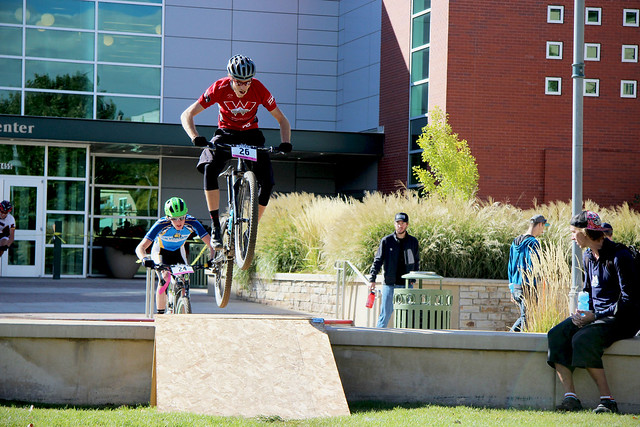 Graham jumping the ramp in the A Class short track race

When all was said and done, Westerns Graham Ruhman, Jimi Averill and Ellie Atkins took home Individual Conference Titles and the Mountain Bike Team as a whole took second in the Rocky Mountain Collegiate Cycling Conference Division II.  Top Western athletes are looking forward to the Opportunity to represent Western at the USA Cycling Collegiate Mountain Bike Championships in Beech Mountain , NC at the end of the month.