Over the long Presidents Day weekend the Mountain Sports Park and Pipe Team was hard at work at Durango Mountain Resort. The competition was tough Sunday morning with over 30 athletes competing from Winter Park, Vail, Summit County, Telluride, and Durango. 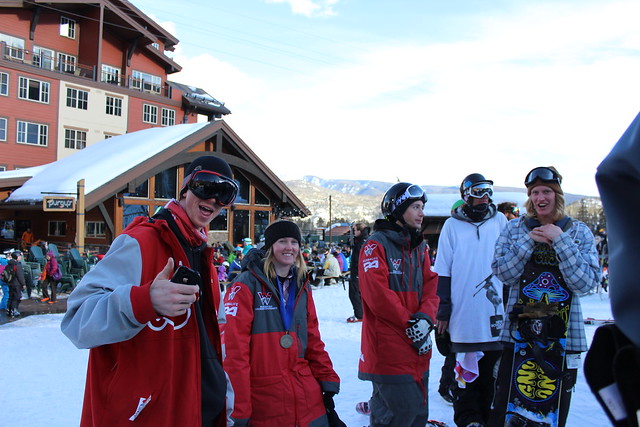 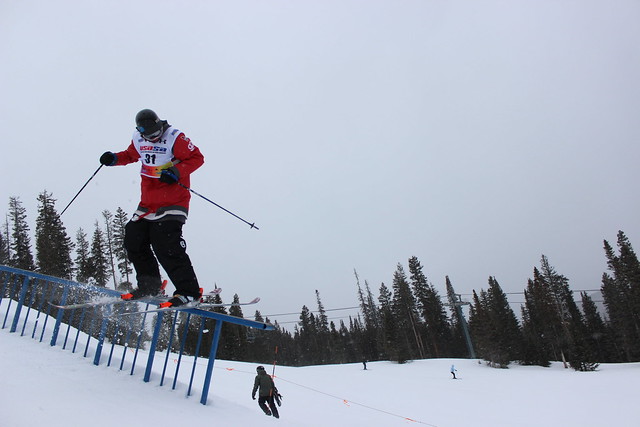 Dom slides a rail on his way to his gold metal

After much training, Western Mountain Sports athletes Dominick Pucherelli and Moriah Ernst both took gold metals in their respective categories. The lighting on the course was pretty flat, but it saw intermittent periods of sunny weather. 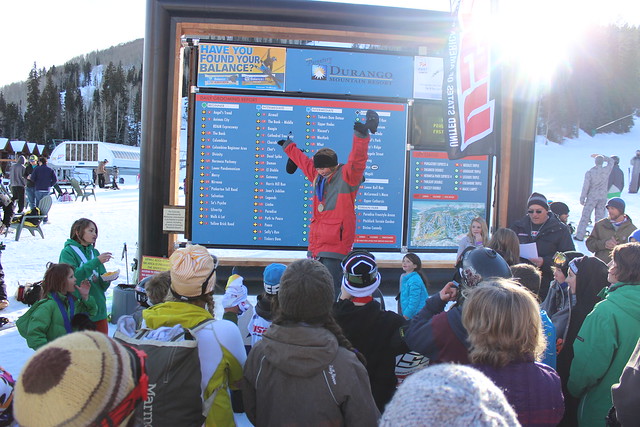 The course was challenging, with two different rail lines and two jumps. Dom’s first place run consisted of a lipslide switch-out on a down bar followed by a blind 2 off a flat bar, then a cork 3 tail, and lastly a 720. 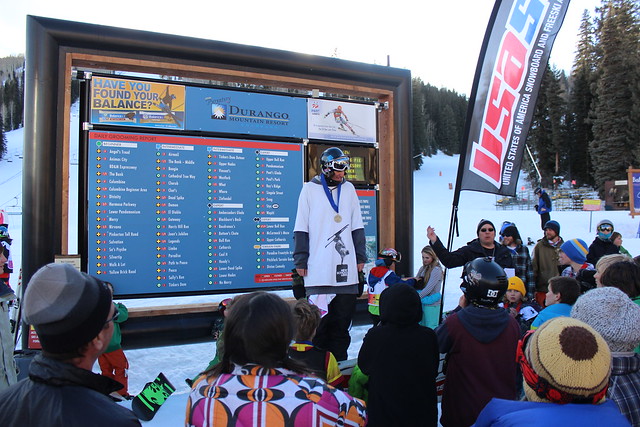 Dom on the podium

Dominick also competed Sunday in the USASA rail jam held at Durango Mountain Resort. He took best trick with a “Hippy Killer”, and also took gold for the 14 and up category. It was a beautiful bluebird day to claim first place. 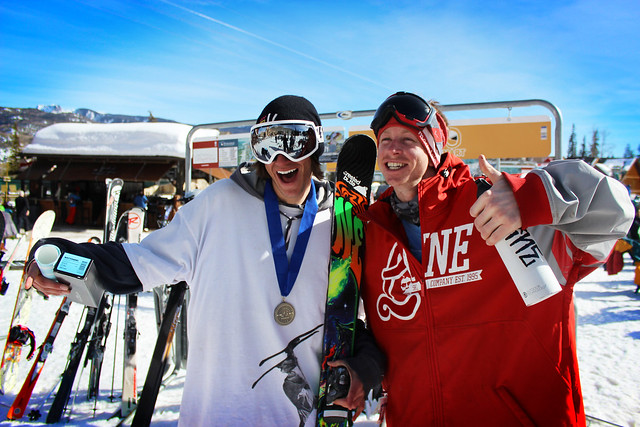 Dom and Dave after the USASA rail jam 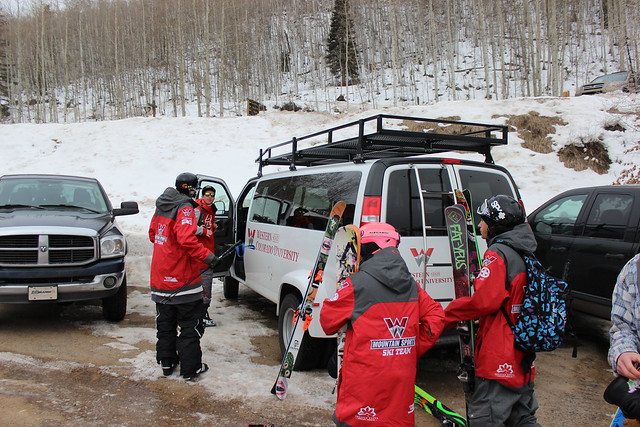 The team packing up after a successful weekend

Heres a video of some of the weekend footage: