WSCU Mountain Sports athletes arrived in Telluride early this morning for the second event of the 2014 Subaru Freeride Series.  Registration and inspection of the Black Iron bowl venue took place. Athletes scoped lines and discussed strategy during the visual only inspection. 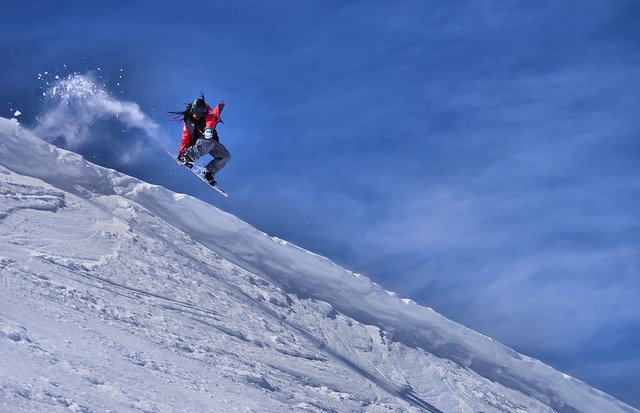 Tyler Paterson dropping off a cornice

WSCU has three skier men( Morgan Hunter Haymans, Justin Barr, and Coach “Dirty Dave Sugnet), and one snowboard man (Tyler Patterson) with confirmed spots in this weeks competition. Several other athletes on the team traveled to  support their fellow Mountaineers and obtain spots by getting on the events wait list. Unfortunately the event did not grant any wait list athletes a spot since all 105 of the event athletes showed up to confirm their spots. As the popularity of big mountain freeskiing comps  has grown so has the competition among athletes to get spots in the coveted events. 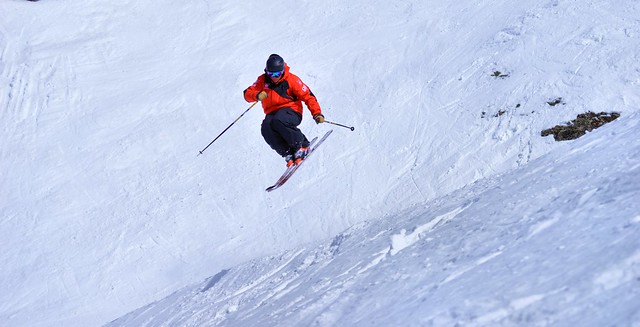 Justin Barr popping off a knoll

Conditions are fair and with the preservation of the venues snow, tomorrow’s competition will definitely be eventful as athletes battle it out in day one at Telluride.

March 21st, 2014, Day one of the Subaru Freeride Series in Telluride kicked off showcasing some very impressive skiing throughout the entire field of big mountain athletes.  Justin Barr’s superior turns and aggressive style, as well Coach Dave Sugnet’s fluid and high flying trickery landed them both in the finals. Morgan Haymans started out with a solid looking run but ended with a heart stopping crash over a cliff, fortunately he skied away untouched. 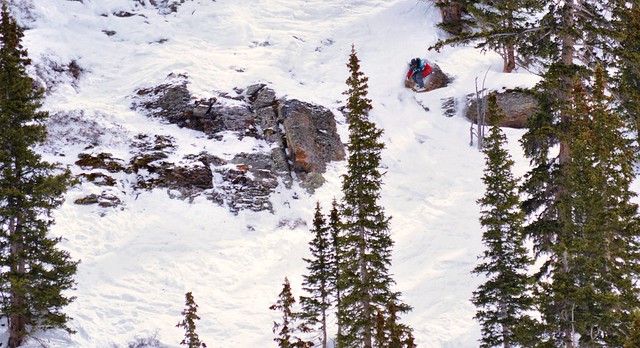 Tyler drops a cliff on his first day run

In the snowboarding division Tyler Patterson had a very smooth and fluid run setting him apart from the rest of the field, but a slight bobble in his run out granted him a score that was just shy of advancing to the final. 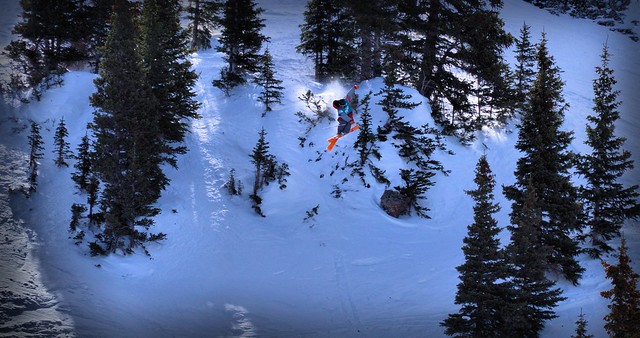 Media Updates and photography are brought to you by Mike Huse, Mason Strehl, and Preston Hoffman