This past weekend Mountain Sports athletes, media and coaches traveled to Big Sky Montana for the Subaru Freeride Series Finals.  Athletes battled in both two and four-star competitions for a shot at qualifying for the exclusive Freeride World Tour.  The Freeride Team left Gunnison early Tuesday morning to cover the 800 miles to the Montana resort town of Big Sky. 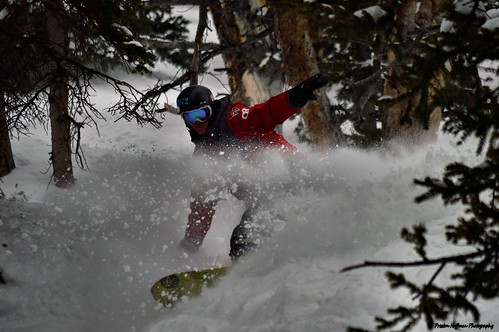 Western’s Snowboarders kicked off the two-star action on Thursday with freshman Peter Noon and senior Tyler Patterson dropping in on the treacherous Headwaters venue.  Peter would finish in 9th place and Tyler in 6th, both just shy of the cut-off for the four-star competition over the weekend.  Mike Huse, Sam Lesnikoski, Morgan Haymans, Matt Martell, Connor Michael, Xavier Martin, Justin Barr and coach Ed Dujardin skied in the two-star event.  Coach Ed led the group with a 10th place finish.  Right behind him were junior Morgan Haymans in 13th and senior Mike Huse in 16th.  See Big Sky two-star results here. 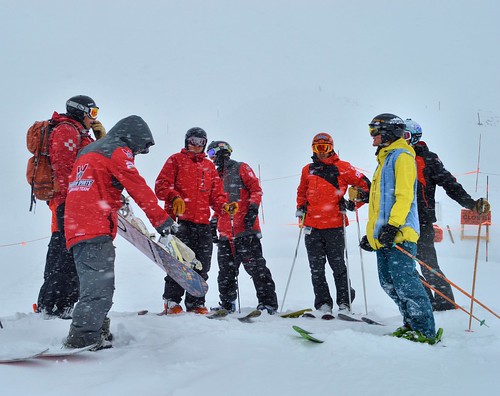 Three Western athletes found themselves pre-qualified for the weekend’s four-star event: junior Morgan Haymans,  senior Francesca Pavillard-Cain, and coach Dave Sugnet.  Morgan had been having a breakout season headed into the Series Finals, he would carry his momentum through the event landing in 29th place in the four-star event.  Coach Dave caught a tip right out of the gate and was unable to recover. He ended up in 31st when all was said and done. 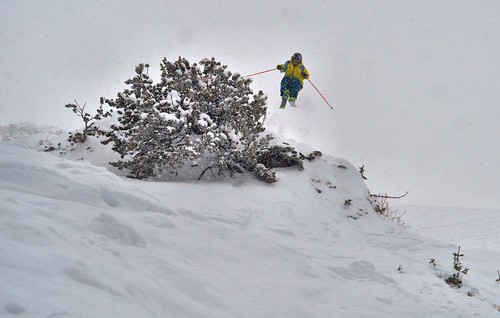 The main story for the weekend was Francesca Pavillard-Cain’s domination of the women’s ranks.  On day one, she laid down a solid and technically sound line placing herself in the top spot.  Weather delays on Saturday had many competitors biting their nails, but not Western’s Pavillard-Cain.  A seasoned competitor, Francesca was able to ignore the meteorological distractions and lay down another amazing run to take first place. 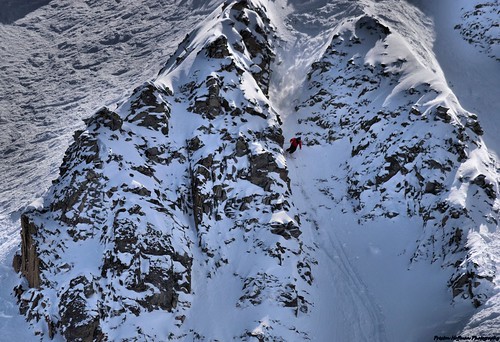 Justin Barr gets a base grind the old-fashioned way. Photo: Preston Hoffman

With this win and her laudable rookie season on the 2014 Freeride World Tour, Francesca secured passage to yet another season competing in the sports highest arena in the 2015 Freeride World Tour.  Fran would like to thank Western State Colorado University, the Mountain Sports Program, Haber Vision, Rossignol, AIARE, the Crested Butte Snowsports Foundation, Colorado Freeskier, Mountain Hardware, and Crested Butte Mountain Resort. 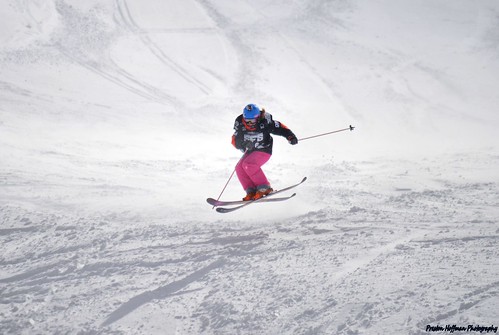 An elated Francesca makes her way to the finish. Photo: Preston Hoffman